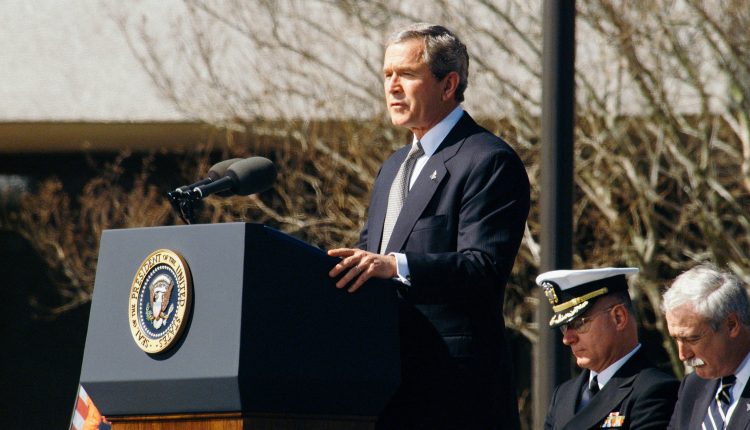 As I write this, I’m listening to the radio, which is reporting the outrage being expressed by the public and by Congress over AIG’s use of bailout money to pay millions of dollars in executive bonuses. What has come out is that these bonuses were known about a year ago and that an exemption was made in the bailout legislation that allowed the bonuses to be paid. Now that the public is outraged, the administration and Congress are coming out as outraged and threatening legal actions or legislative action to get the money back from the executives. The outrage and threats seem calculated to pacify the public and deflect any blame from our political leaders.

Let’s go back farther than the bonus controversy. How about the mortgage crisis that got us into this big mess in the first place? Did anyone not foresee that giving mortgages to people who could not afford them just might lead to people not being able to afford them?! Don’t even take into consideration that housing prices dropped and banks were stuck with houses that were not worth the value of the mortgages. If a person cannot afford a mortgage, it really doesn’t matter what the house is worth. Even if the government steps in to clean up the situation and buys up the mortgages, the lives of countless families have been disrupted. And no one could see that that might happen?

Take a third example. Trillions of bailout money has been spent or will be spent. On top of that, there is a proposed budget that will increase the debt of U. S. citizens, not just in this generation, but in generations to come. Higher taxes will be necessary and not just for the highest income brackets. Does anyone in the administration really see what is going to happen and what this will do to our economy? Do they care?

The current uproar in Washington has driven me back to a book I first read years ago: Ideas Have Consequences by Richard Weaver (see reference information below). The gist of Weaver’s book is simple: ideas have consequences because ideas lead to actions and actions affect the lives of individuals. The book was written in the years after World War II, a time that provided an opportunity to reflect on what had taken place during that terrible time of conflict. One point that Weaver makes early in the book is that we cannot blame bad decisions on biological or other necessity, as though we had no choice but to do what we had to do. Rather, he says, we need to look at unintelligent choice. (Page 1)

That is the problem: too many political choices seem to be made unintelligently. By that I don’t mean that the people who make the decisions in Congress, for example, make them without thinking through what they’re doing; they just don’t think them through far enough. It’s one thing for a politician to want to initiate programs that lead to more power for himself and his party, and to secure a larger voting base for the future. It’s something else for a politician not to look at the short-term effects of those actions and then be surprised when his or her plans don’t work out as anticipated.

For example: The whole idea of government spending the country out of an economic recession has been proved to be a false idea. I heard somewhere that one of Franklin Roosevelt’s high officials admitted after the Great Depression that Roosevelt’s plan had not worked. It took World War II to bring the nation back to prosperity. Why should things be different now? The major thing that government spending in the private sector accomplishes is to skew the whole system off-center. Rather than allowing the consumers-the public-to make appropriate decisions, government assumes that they can speak on behalf of all of us. Even communist countries-the epitome of centralized, socialistic planning-have either collapsed or moved toward capitalism in their economic systems.

There is a need for some clear, long-range thinking, and if our leaders won’t do it, it may be up to the public to let them know that we expected something more when we voted for them. Hope and change seem to be in short supply right now. Business as usual seems to be in charge.