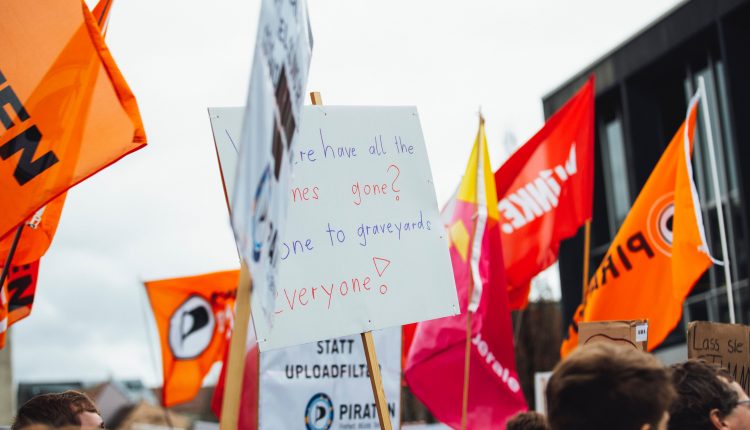 Everybody wishes that they could influence politics for the better. We think it every time we catch a story on the news or hear from our friends about the latest political blunder that will most likely cost citizens millions of tax dollars. Whether you believe that your vote will make a difference or not, there are other ways to influence political change outside of the polling booths.

Become an Expert:
You won’t become an expert over night, so don’t try to. “Become an Expert” means “take every opportunity to learn about your issue as possible”. Whether you find your information from trusted sources on the Internet or from books on library shelves, you should devote every free moment to becoming an expert on your issue. Also become an expert on the most common arguments which challenge your points of view so that you can respond to misinformation.

Start a Blog:
Don’t laugh…many bloggers have been featured on traditional news outlets for their political views. The increased media exposure on the issues important to them is just a beneficial byproduct of the content on their blog. If the blog hosting company allows blog monetizing, the blogger could place ads on their blog pages and donate any earned revenue to a charity that supports their cause.

Monitor Friendly Sites:
You don’t have to be a member or pay any dues to follow the sites of organizations that share your passion for a particular cause. Many of these sites allow visitors (including non-members) to send out e-mail action alerts to specific politicians. The text of the e-mail might be a simple plea for the politician to vote for or against a certain bill or to introduce new legislation all together. Just because the text is not personal, it does not mean that the politician won’t get the point. If enough people send out e-mail action alerts, politicians will eventually have to pause and take notice.

Watch Political Television and Read Political Press:
Most of the stuff on television today isn’t very unbiased. These days there seems to be more “commentators” than journalists on the news than ever before. If a person happens to agree with a specific commentator, then tuning in to catch their show sends signals to politicians. The likes of John Stewart and Stephen Colbert, who appeal to younger and more liberal audiences, have managed to revive the political spirit in a new generation that will be sure to produce several forward thinking politicians of tomorrow. Increasing the number of viewers a show has is a great way to keep the show on the air, and therefore to keep the message that the show delivers on the air. The same concept is true of political magazines, journals, books, etc.

Casting a vote at a ballot box is one way to sway political beliefs, but individuals can do so much more than cast a vote once a year. The best thing a person can do for an issue they feel strongly about is expose the issue and their personal beliefs as much as possible. Keeping a show on the air or writing a blog for others to read are great ways to change people’s minds for the better. These are not conventional political tactics, but they do work. Little by little, they do work.